A SEGA Saturn Tournament in Spain !

On 28th of december, Eusko-Retro organized the first edition of Christmas Basque Tournament of SEGA Saturn here in the Basque Country, in the Santutxu neighborhood of Bilbao. This time, unlike the last time, we met at the “Jofer” bar in Santutxu. The day before, my son Lander Campo, as he was not going to be able to come to the bar, played at our house the three games that we played in the « Jofer » and we took his results into account.

In the Santutxu (Bilbao) pub we met 8 players not only to play the Sega Saturn, to Radofin 1292 and Neo Geo CD as well. It was an entertaining Christmas evening with a distinct retro scene.

We played 3 games on the Sega Saturn: the Sega Rally Championship (a classic in our tournaments), Shellshock (a very cool tank game) and ManX TT Super Bike (one about motorcycles).

We started with the Sega Rally Championship. The player who managed to go around the « Desert » circuit three times in the shortest time possible won. This time Egoitz was the fastest but Aitor, who finished second, only needed one more second to do the whole race. The race was very exciting until the end. 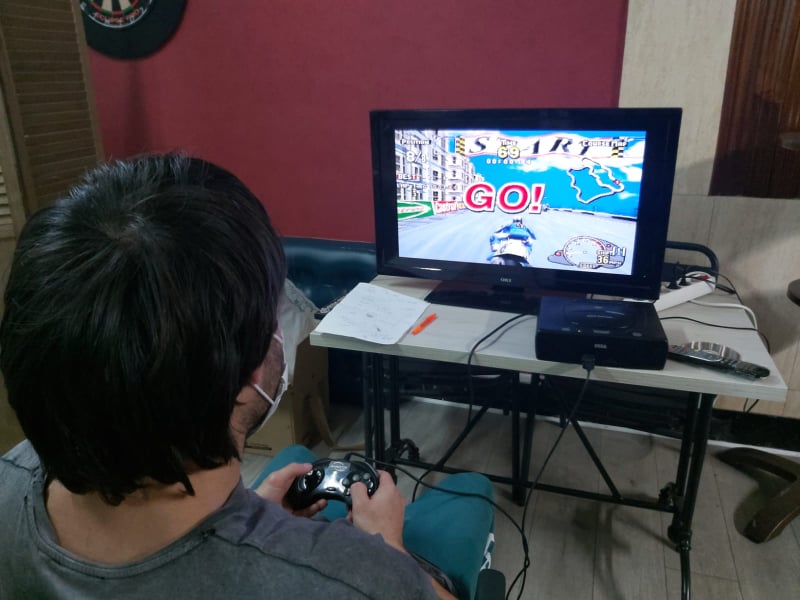 After playing Sega Rally, we played Shellshock, a tank game, where the objective is to enter in a desert city and shoot and destroy all enemy tanks. An intense and exciting game. In this game Alvar was the best player against enemy tanks and managed to destroy the 22 tanks in the first scenario. Aitor did very well again, but they destroyed his tank with only 3 tanks left to take down.

Finally, we played to Manx TT Super Bike, a very fun motorcycle game in which the objective is to finish first after 3 laps of a track that takes place in Isle of Man (United Kingdom). In this last game there was a tie between the first 4 players who participated, because these 4 players, all of them, finished the race  in fourth position.

And the winner is….

Finally, when we calculated the points, Egoitz won the tournament by very little difference compared to Aitor and Alvar, who played very well. In fact, Egoitz and Aitor tied on points, but Egoitz was ahead of Aitor in the standings because he achieved a partial victory, and Aitor, on the other hand, did not achieve any. Above, in the motorcycle game, although both managed to finish in fourth position, Egoitz achieved a better time. 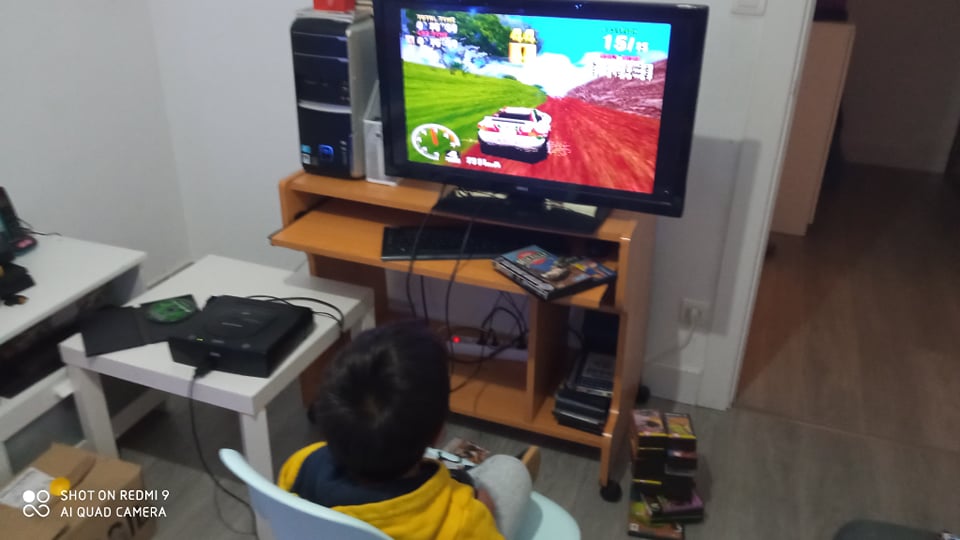 The idea is to organize a new Sega Saturn tournament in June 2022, the III. Basque Tournament of Sega Saturn  and this time we will try to play more games and be able to be different. Here are the results and the final classification:

Classification of the I. Christmas Basque Tournament of Sega Saturn 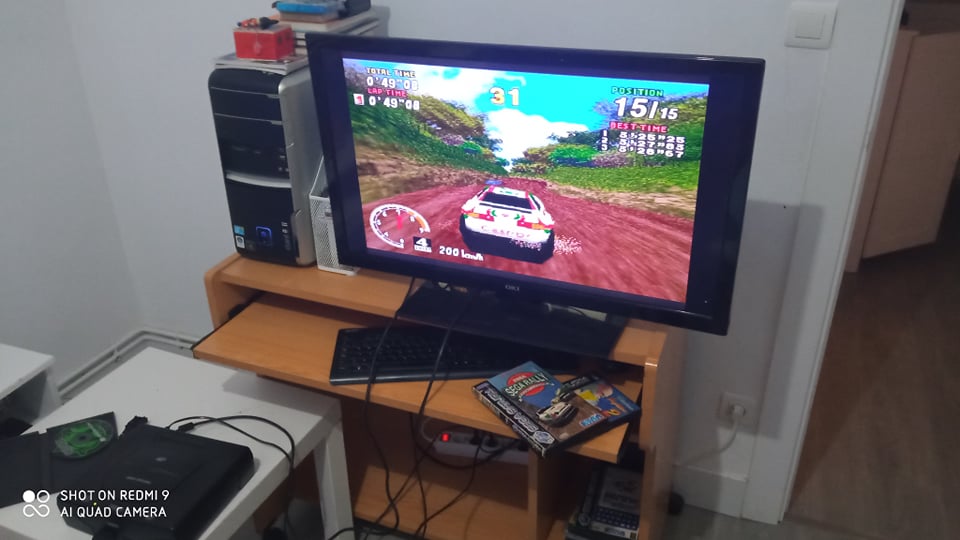 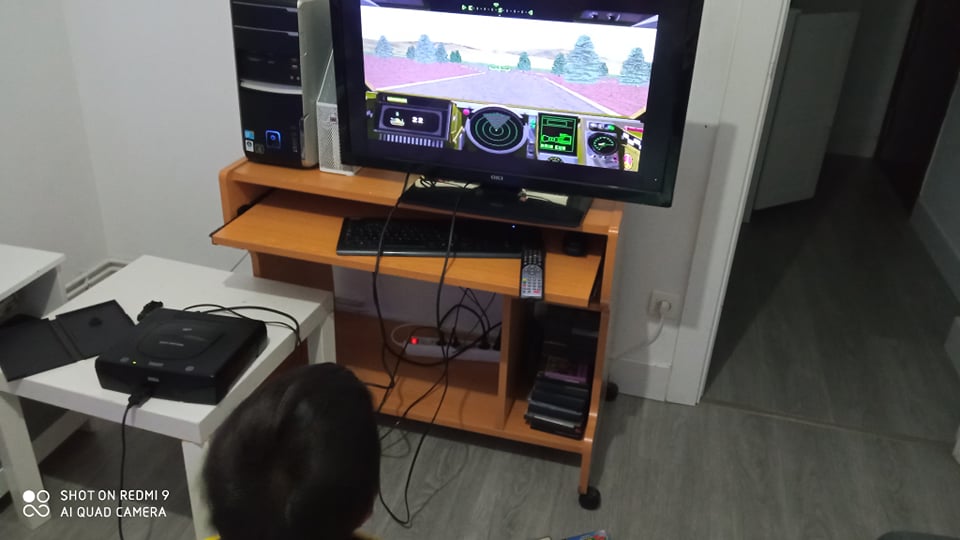 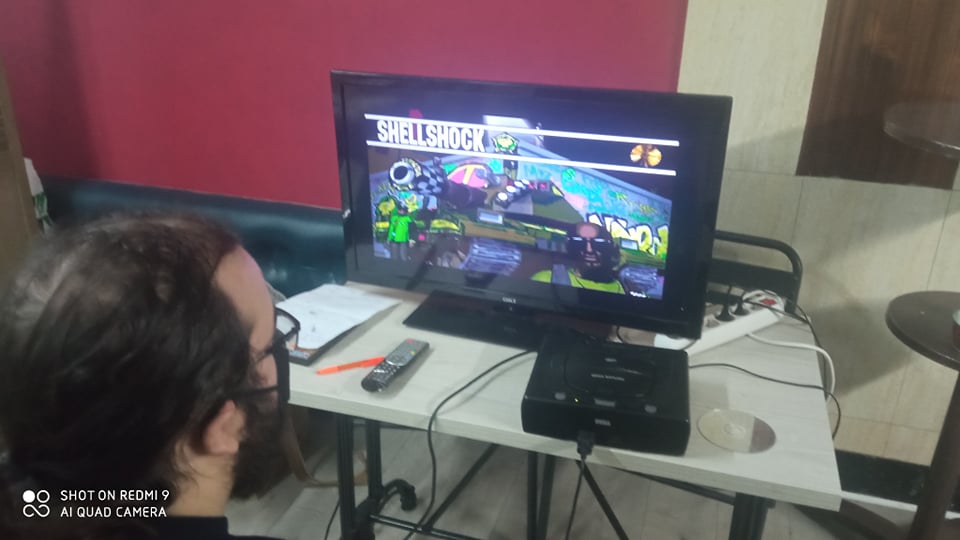 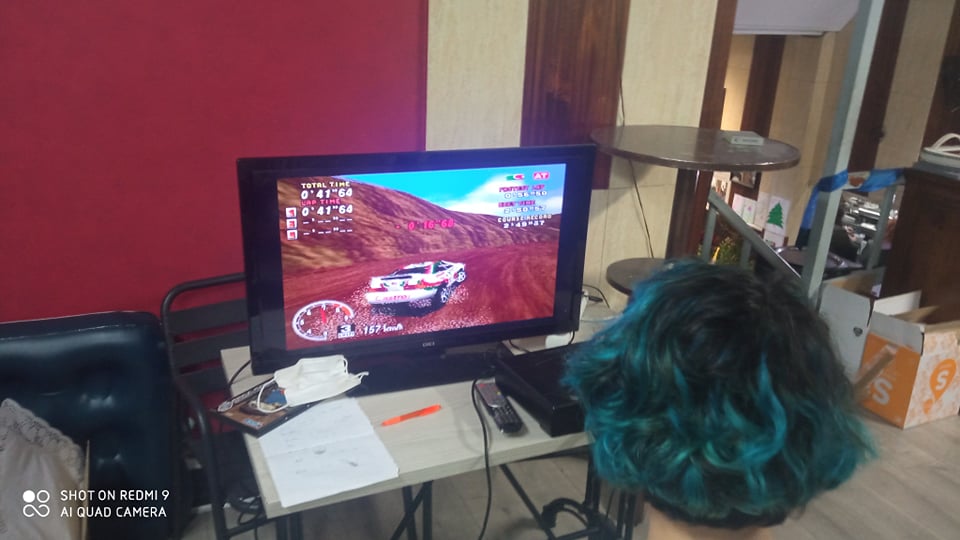 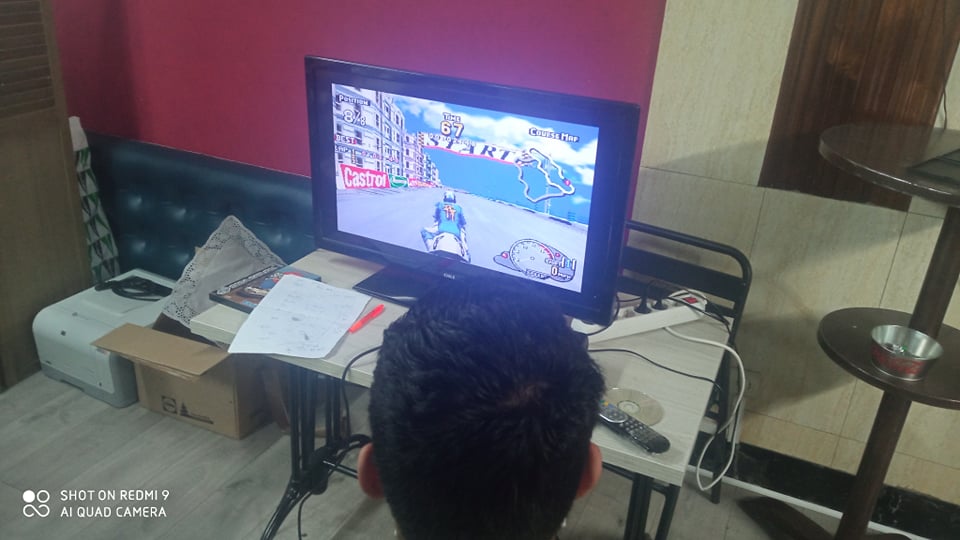 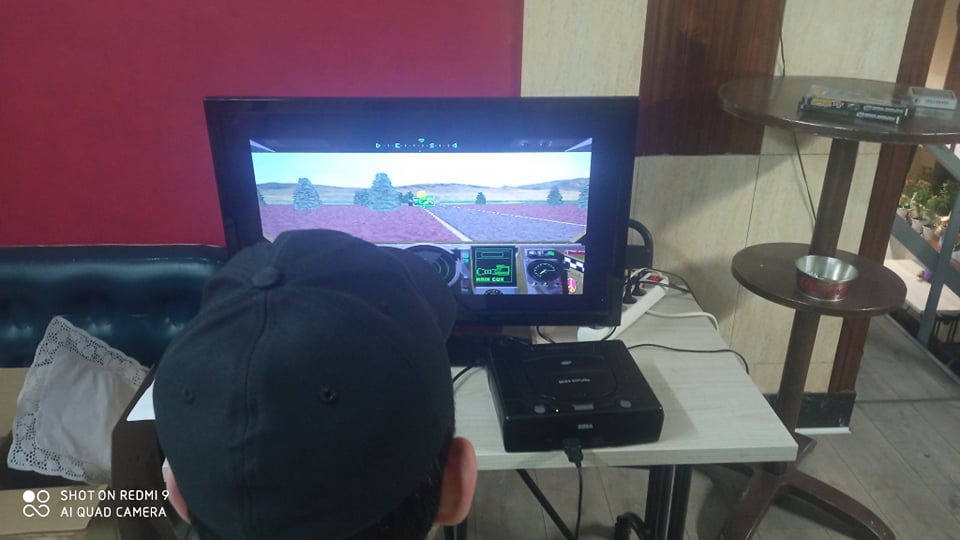 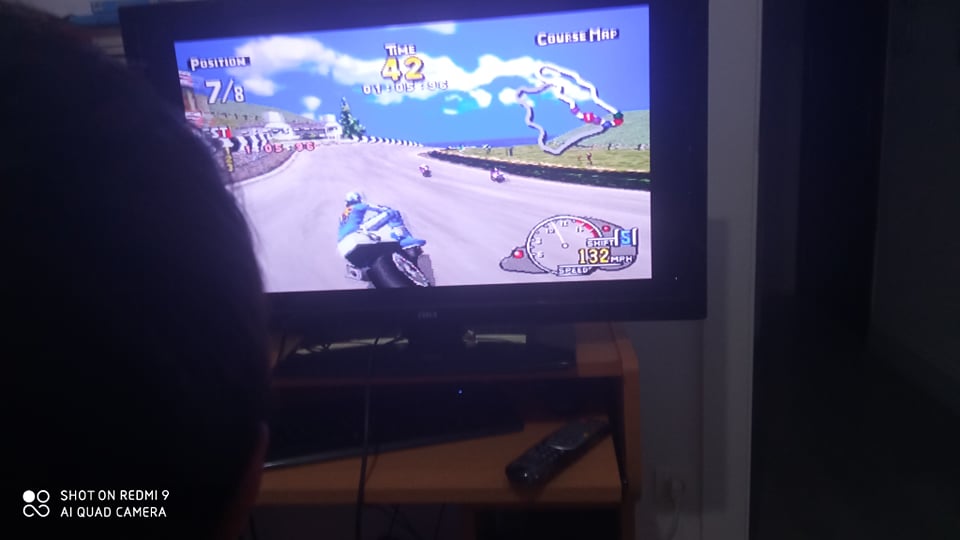 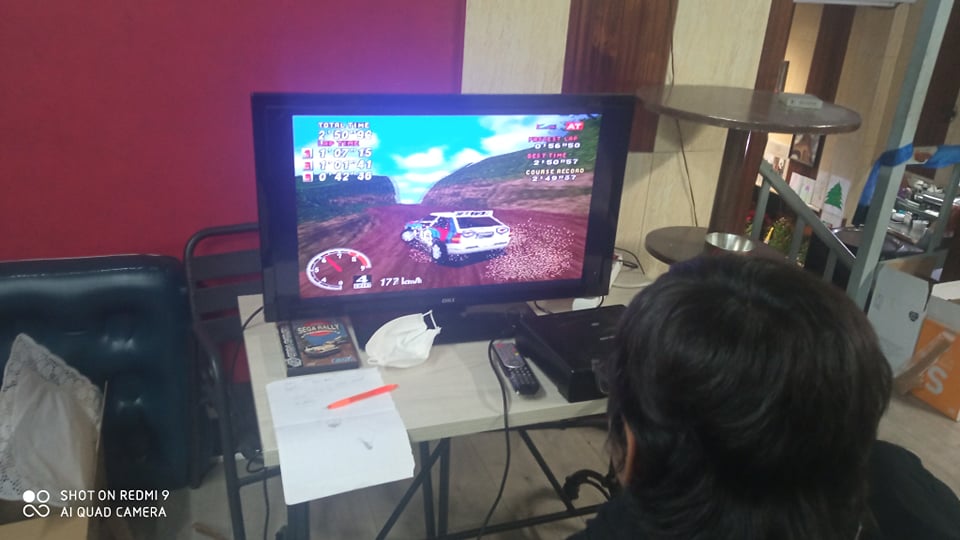 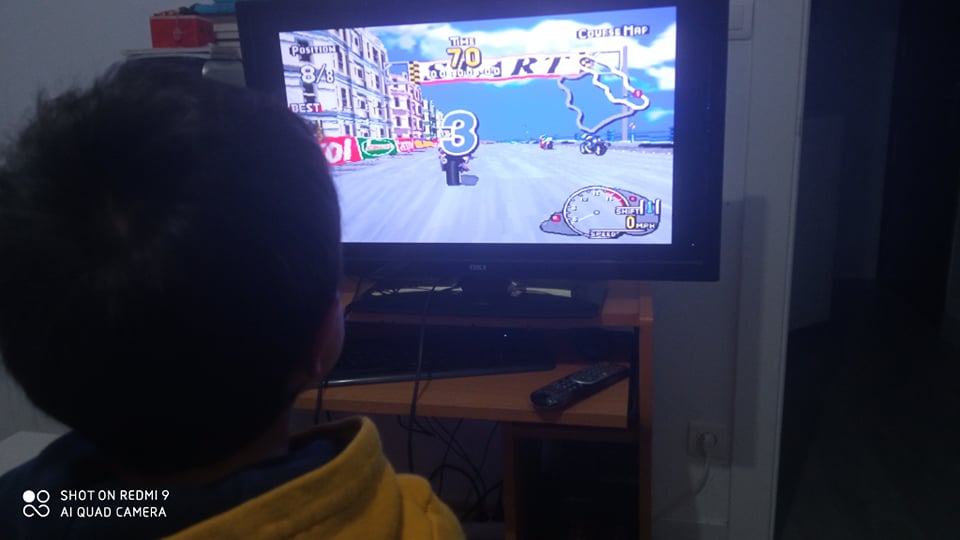